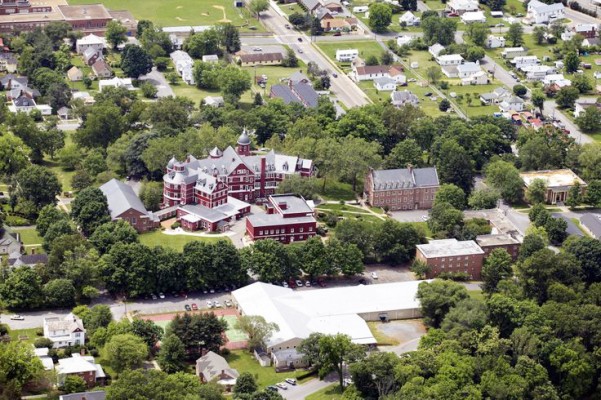 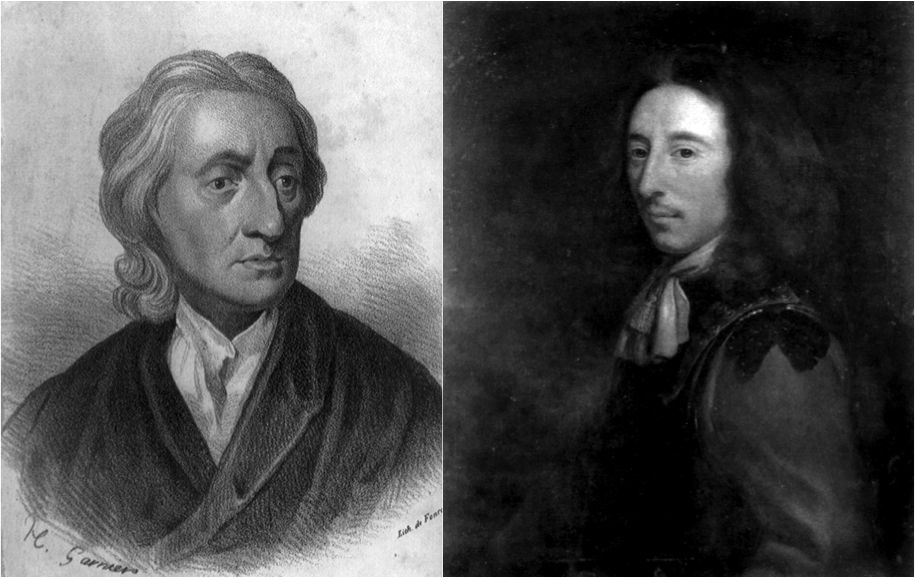 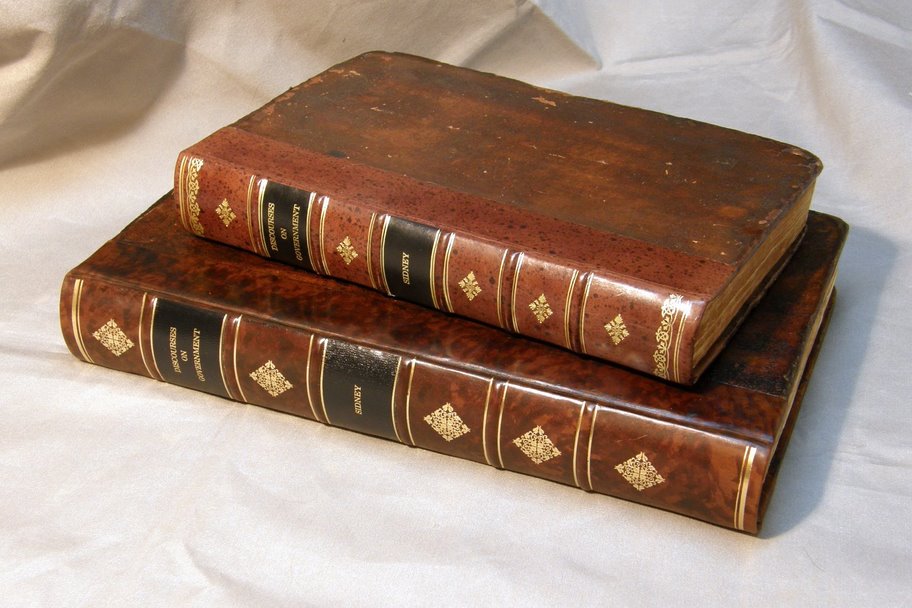 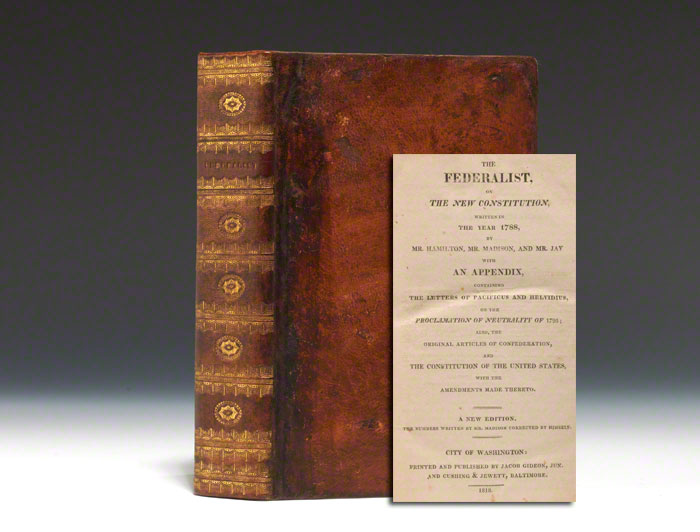 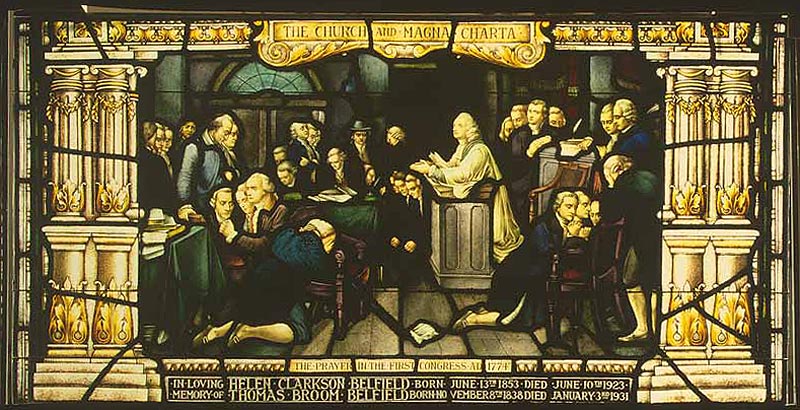 The George Washington Center for Constitutional Studies (GWCCS) is located in historic Rockbridge County in the city of Buena Vista, Virginia near Southern Virginia University (SVU). GWCCS is a nonpartisan academic institute that promotes Civic Education, and the instruction, study, and ideological defense of the principles of the American Founding, the Constitution of the United States of America, the Bill of Rights, and the Declaration of Independence, based on natural law principles using primary sources.

The Center offers classes and instruction on the Constitution, America’s founding documents, the lives and writings of the Founders, the Revolution and Founding of the American Republic, and plans to hold, sponsor or participate in events, conferences, seminars, workshops, symposia and related activities. We seek to bring together citizens, students, teachers, and scholars for consideration of constitutional principles, and issues relating to history, politics, and religion.

Click on: Events for current happenings and information on classes being offered by the Center.

Principles of the Constitution

Explore natural law principles of liberty, virtue, equality, and law through the original curriculum for the teaching the Constitution at the University of Virginia, set forth by Thomas Jefferson, James Madison, and the Board of Visitors (March 4, 1825). Key documents to be studied are Locke’s Second Treatise on Government, Sidney’s Discourses Concerning Government, the Declaration of Independence, Federalist Papers Nos. 1, 10, 39, 51, 78 and 84, and Washington’s Farewell Address. Download a free copy of "Jefferson & Madison's Guide to the Constitution."

Lives & Writings of the Founding Fathers

The Constitution and principles of self-government in a free society are best comprehended and understood in the context of the personal histories and views of framers themselves. Explore the character and statesmanship of George Washington, Thomas Jefferson, James Madison, John Adams, Benjamin Franklin, and Alexander Hamilton, including their public service, political philosophy, diplomacy, contributions to American independence and the establishment of the Republic. Key documents that will be studied are selected letters and speeches, articles, pamphlets, autobiographies, Notes, the Federalist, Inaugural Addresses, and other original source documents.

Religion & the Founding of the American Republic

Explore the role of religion on the colonists and the War for Independence, its influence on the American Founding, the religious beliefs of the Founders, the effects of the Enlightenment, and the relationship between religion and a virtuous Republic. Key documents to be studied are the Declaration of Independence, the Virginia Declaration of Rights, Proclamations of Thanksgiving and Fasting, the Virginia Statute for Religious Freedom, Madison’s Memorial and Remonstrance, the First Amendment to the Constitution, and George Washington’s Letters to the Congregations. Download a free copy of the "WJMI Religious Liberty & the Founding Reader."

With over two decades of experience through the Washington, Jefferson & Madison Institute (Charlottesville, Virginia) and other venues in teaching students, teachers and citizens the principles of the Constitution and the American Founding based on original source documents, the faculty of the George Washington Center for Constitutional Studies offers "deeper insights into our founding fathers and their vision for our country." -- Martha Holt, U.S. Government Teacher, Fluvanna County High School, Virginia

The Founder and Executive Director of the Center is J. David Gowdy. Mr. Gowdy received his Bachelor of Arts degree from Kansas State University in 1979, graduating Phi Beta Kappa, and received his Juris Doctorate degree from the J. Reuben Clark Law School at Brigham Young University in 1982, graduating Cum Laude. He has practiced law and founded several businesses and is a member of the Texas and California Bar Associations. He is the founder and President of the Washington, Jefferson & Madison Institute (WJMI) established in 2004. For the past twelve years, WJMI has been providing continuing education courses to Virginia, Maryland and Pennsylvania secondary school Social Studies, U.S. Government and U.S. History teachers on the the American Founding, the Constitution, Bill of Rights and the lives and writings of the Founding Fathers. He is the author of “Seven Principles of Liberty” and “Jefferson & Madison’s Guide to the Constitution.” He serves on the Board of the Thomas Jefferson Heritage Society (Charlottesville, VA) .

John D. Brandt, Director, received his B.S. Degree in Applied Engineering from the United States Military Academy at West Point and his M.B.A. in Finance from Loyola College. He served as a Captain and Company Commander in the United States Army and achieved the rank of Lieutenant Colonel in the United States Army Reserves.  He was employed as a Division Manager at AT&T Information Systems and served in various business units including KWP, NCS and IOS. As Associate Professor of Business and Finance at Southern Virginia University he teaches Personal & Family Finance, Managerial Finance, Personal Income Tax, and Introduction to Business. He and his wife founded the Religious Liberty Center at Wesley Chapel in Lexington, Virginia.

Tony Williams is a Director of the Center and the Program Director of the affiliated Washington, Jefferson & Madison Institute. He is currently employed as a Senior Fellow at the Bill of Rights Institute in Washington D.C.   Tony attended Syracuse University where he earned a B.A. in history and Ohio State University where he earned an M.A. in American history.  He has written six books on colonial and Revolutionary America: Hamilton: An American Biography (2018), Washington & Hamilton: The Alliance that Forged America (2015)(co-authored with Stephen P. Knott), The Jamestown Experiment (2011), America’s Beginnings (2010), The Pox and the Covenant (2010) and Hurricane of Independence (2008). He previously taught high school history for fifteen years and lives in Williamsburg, Virginia.

The WJMI Board of Visitors

While separate in governance, the George Washington Center for Constitutional Studies (GWCCS) is affiliated with the Washington, Jefferson & Madison Institute (WJMI). WJMI is focused on teacher education in Virginia (since 2007), and has sponsored continuing education courses, seminars, and workshops for U.S. History, U.S. Government and Social Studies teachers for the past twelve years. For example, GWCCS co-sponsored a WJMI seminar for teachers at Prospect Hill on October 25, 2019 on the topic of "Alexander Hamilton & the American Republic"(http://wjmi.blogspot.com/2019/10/alexander-hamilton-american-republic.html), and with the Center for American Studies at Christopher Newport University held on September 29, 2017 at James & Dolley Madison's Montpelier on the theme of "The Statesmanship and Constitutionalism of James Madison." See: http://wjmi.blogspot.com/2017/08/james-madison-roundtable-at-montpelier.html

Jeff Morrison is Professor of American Studies at Christopher Newport University.  Previously he was a Professor of Government at Regent University and is the Academic Chair at the federal government's James Madison Memorial Fellowship Foundation in Washington, D.C. He has also taught at Georgetown University, the United States Air Force Academy, and Princeton University.  He graduated with distinction from Boston College and from Georgetown, where he received his Ph.D. He is co-editor of The Founders on God and Government, and the author of John Witherspoon and the Founding of the American Republic, and The Political Philosophy of George Washington.

Elizabeth Kaufer Busch is associate professor of American Studies at Christopher Newport University and founder and co-director of the Center for American Studies (CAS). She received her PhD in American Politics; Political Theory from Michigan State University and her BA in Political Science and Sociology from Emory University. She is the co-author of Civic Education and the Future of American Citizenship (Lexington Books, 2012).

Steve Brown is Associate Professor and the Department Chair of Political Science at Auburn University. Dr. Brown received his Ph.D. from the University of Virginia and has taught at Auburn since 1998. He teaches several courses in American Constitutional Law as well as Religion and Politics, Law and Society, and Introduction to American Government. His research interests focus primarily on church and state issues and American legal history. In 2005, his book, Trumping Religion: The New Christian Right, The Free Speech Clause and the Courts received the National Communication Association's Franklyn S. Haiman Award for Distinguished Scholarship in Freedom of Expression. In 2006, he received the National Faculty of the Year Award from the National Society of Collegiate Scholars.

Stephen Knott is a Professor of National Security Affairs at the United States Naval War College. He served as co-chair of the University of Virginia's Presidential Oral History Program and directed the Ronald Reagan Oral History Project. Professor Knott received his PhD in Political Science from Boston College, and has taught at the United States Air Force Academy and the University of Virginia. He is the author of several books, including Washington & Hamilton: The Alliance that Forged America (co-authored with Tony Williams), Alexander Hamilton and the Persistence of Myth, The Reagan Years, and Rush to Judgment: George W. Bush, the War on Terror, and His Critics. He is a frequent contributor to such publications as the Wall Street Journal, The Washington Post, Claremont Review of Books, and the LibertyLaw Blog. He was recently named one of the Powerline Top 100 Professors in America and lectures across the country.

Garrett Sheldon recently retired as the John Morton Beaty Professor of Political and Social Sciences at the University of Virginia's College at Wise. He received his PhD from Rutgers and was awarded the Outstanding Faculty in Virginia Award in 1992. He has been a visiting scholar at Oxford; the University of Vienna, Austria; and Trinity College, Dublin. He is the author of The Political Philosophy of Thomas Jefferson (John Hopkins University Press, 1991), The Political Philosophy of James Madison (Johns Hopkins University Press, 2001) and The History of Political Theory: Ancient Greece to Modern America (New York and Berne: Peter Lang Publishing, American University Studies, 1988, 1991, 1993, 2003).

Sam Agami has taught American History, Civics, and Economics in the Virginia Beach Public Schools since 1999. He earned a M.A. in American History and Government from Ashland University in Ohio. A native of New Rochelle, NY, he currently resides in Norfolk, VA with his wife.

Kenneth Gowdy received a B.S., M.S. and Ph.D. degrees in Mechanical Engineering and has 40 years of experience as a faculty member and administrator at Kansas State University and Texas A&M University, retiring in 1997 from KSU as Associate Dean of Engineering. Prior to his career in engineering education, he served two years in the U.S. Air Force and had brief periods of professional experience with Boeing, General Electric, Pratt & Whitney, and Continental Pipeline. He has served on a wide variety of professional, public and non-profit committees and boards at local, regional and national levels, and in 1996 was recognized with the Fellow Grade Award in the American Society for Engineering Education. He has served on the WJMI Board since 2004.